EHC Now! Discussions on Psychological wellbeing in times of COVID-19

The unprecedented lockdown situation we are all experiencing has direct implications on our everyday life and some less perceptible but still significant consequences on our mental wellbeing and psychosocial balance. Reasons for stress abound in current COVID-19 pandemic: there is fear of infection for ourselves but also for our loved ones, the overall uncertainty and the overwhelming flow of sometimes discordant information we are exposed to. In this EHC Now! we would like to have a closer look on the potential lockdown consequences on our mental wellbeing and present you with some useful tips to use in your everyday life that might help in alleviating the stress. Christina Burgess, EHC Volunteer, Counselor & Director of Bleeding Disorders Counselling Association (HBDCA) kindly shared her expertise with us in the following article.

Dear Christina, could you please tell us more about yourself and your activities in the bleeding disorders community?

Whilst Head of Services at the UK Haemophilia Society, much of my work had a psychological element to it. Although my background was originally as a writer, I had trained many years ago as a counselor and had always known the impact of mental wellbeing on one’s life. So I left in 2017 to found HBDCA (Haemophilia and Bleeding Disorders Counselling Association), of which I am Director.

I am privileged to work with the EHC. I was involved for a time with the inaugural Women’s group, which I am so delighted to see has gone from strength to strength, and am a long-term member (since 2015) of the EHC Inhibitor Working Group, which is a community I am passionate about supporting. I am Secretary of the EAHAD Psychosocial Working Group, who are working hard to improve access to psychosocial care across Europe. I am also a consultant to Local Families with Bleeding Disorders, a newly-formed charity in the UK.

What are the story and goal of HBDCA?

HBDCA is in the process of formally becoming a charity. Its vision is to provide free, high-quality psychological support specifically to the bleeding disorder community. This includes to family members and carers. HBDCA was set up to address the lack of tailored support available in the UK, with the handful of psychologists and therapists working at Haemophilia Centres usually booked up months’ in advance.

Having spent most of 2018 putting together the team, HBDCA was then contracted in 2019 to provide psychological support to the patients of the Royal London Haemophilia Centre. This support has been put on hold during the Covid-19 period, but HBDCA hopes to return soon to the Royal London once life returns to some semblance of normality! HBDCA is also supporting people in the Infected Blood community.

What is the possible impact of the current COVID-19 situation and lockdown measures on our mental health? 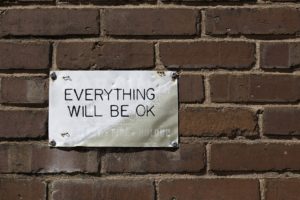 During Covid-19 we have had to adapt and deal with unprecedented challenges. Many people are experiencing increased isolation and loneliness, fear for the future, for the health of loved ones, uncertainty around access to treatment or delay in surgical procedures, financial concerns, loss of employment. In addition, I believe that once lockdown is lifted, some may find they struggle even more greatly with psychological health, in particular frontline healthcare and key workers. A proportion may experience PTSD-like (Post-traumatic stress disorder) episodes as they start to process what they have actually been a part of.

Many of us will be fearful and anxious at the prospect of returning to work, to travelling on public transport, to visiting hospitals, and to physically being in close proximity to fellow human beings. Human interaction is such an integral part of our psyche so this disruption to the norm, and how this will affect our mental wellbeing, is something to be aware of.

What could be done to help people cope with the situation?

Governments should keep citizens informed at each stage of the pandemic and its management, including how to deal with coming out of lockdown. People can deal with most problems, it is uncertainty and the unknown that causes the greatest anxiety.

And what about our community? What particular measures could we take to assist people with bleeding disorders who might need some additional psychological support?

NMOs are hopefully helping their members by providing information on how to access psychological and practical support, and by signposting them to useful organisations, charities, community initiatives and support groups. NMOs may have their own initiatives such as regular group calls within their community, especially to the most vulnerable. EHC is organizing regular community calls with all the NMO’s, this might serve as a platform for exchanging on potential questions as well.

Indeed, a number of patient organisations but also our NMO’s organise initiatives for psychological support and continued interaction within the community. For example, we have just attended a very interesting webinar organised by the Irish Haemophilia Society (IHS) which covered the topic of Resilience and Psychological aspects. The slides from the presentation will be made available soon on the IHS website. The World Federation of Hemophilia (WFH) has also some useful resources available here from a webinar organised a few days ago. We also heard about the kind initiative your association has launched, please tell our readers more about it.

Whilst in this extraordinary Covid-19 situation, HBDCA has launched an initiative to offer free, CRISIS counselling to the bleeding disorder community, specifically during this time. It is available for family members, carers and healthcare professionals too. HBDCA can offer a one-off telephone or Zoom call with one of our therapists. We would hope to signpost that person to other organisations which might support them further, should it be needed. Details on this initiative and how to contact HBDCA can be found at: www.hbdca.org.uk

This is a beautiful initiative and we encourage all the readers who might feel the need to use it! Would you have any practical and short tips to implement in our everyday life to make our days brighter and lighter?

Thank you very much, Christina! This gives a positive conclusion to our discussion and we hope our readers will also feel the positive vibe in between the lines. 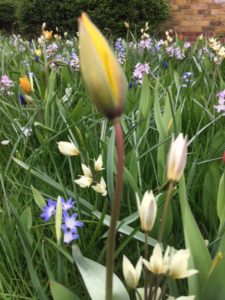 Indeed, on a positive note, the challenging situation we are going through has already brought some very bright changes – many social barriers have been broken down; strangers talking to each other, volunteers cooking and delivering free meals, the elderly and vulnerable receiving gifts from local children to help reduce their isolation, the nationwide appreciation of our frontline, key workers. So many people have proved to be incredibly resilient, resourceful and generous of spirit.

If one good thing comes out of the terrible loss of life, of the huge emotional and financial toll on us all, it is the hope that we, as the human race, will remain the kinder, more compassionate society we have witnessed it is possible for us to be, when the chips are down. These qualities will help us all to support each other, especially the vulnerable, as we attempt to return to normal life!