Pegasus special move – Storm Bringer!!! If you are a parent of a 9-year old, you surely have gone through the phase of Beyblade! Or you may be familiar with One Piece or Dragon Ball, if there are teenagers in the house!

Channeling Manga – the Japanese cultural phenomenon that has become so popular with the younger generation all over the world – into the haemophilia patient education, means bringing it to the whole new level! 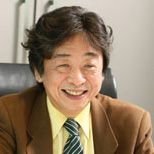 Dr Yasuharu Nishida is a hematologist working for Osaka National Hospital in Japan. Together with his colleagues he has developed a new educational tool about carriers of haemophilia – in the form of a Manga book “Hitorijanaiyo (You are not alone)”!

Through the lens of a young girl who is a carrier of haemophilia, this Manga explains the basics of haemophilia, that are not always easy to understand for younger kids. Starting from the components of our blood and their functions, to the clotting cascade, haemophilia A and B and the severity of the condition. A section of the Manga is dedicated to how one inherits haemophilia or becomes a carrier, and how the clotting factor activity in the blood can be tested.

However, the main focus of the material is on what it means to be a young girl and a carrier of haemophilia from a physiological, emotional and psychological perspective, especially when it comes to dealing with your own newly-discovered diagnosis and your identity in a family where the main focus is on a boy who has haemophilia.

In this week’s EHC Now! we bring you a short interview with Dr Nishida, about how this project was conceived and the impact it has had in the community.

Dr Nishida, could you please tell us who conceived of this project?

I am pleased to have this opportunity to share our new resource about the issues young carriers of haemophilia face. 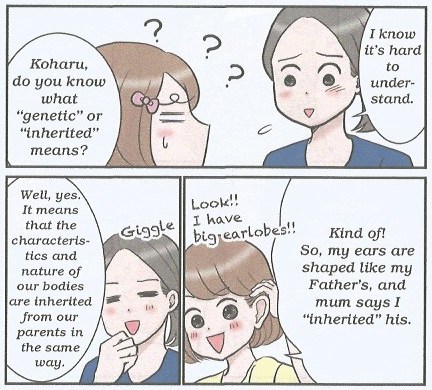 As you know, there is no denying that the care for carriers has remained unchanged in comparison to the amazing improvement of haemophilia care itself. In my practice, I have seen too many carriers suffering from an unspoken bleeding tendency, becoming isolated and finally being separated from the outer world. This harsh reality prompted me to work on raising the awareness of the issues carriers face in Japan, taking advantage of every opportunity for doing so, such as lectures, webinars and booklets. However, I found it rather difficult to convey messages to pre-teen carrier girls who are generally less likely to read complicated booklets.

At the same time, my colleague Dr Taemi Ogura, a pediatric haematologist in Shizuoka, was struggling with the same difficulty of educating pre-teen carriers and came up with the idea of using Manga.

Why the choice of a Manga? How long did it take to create it? How was it developed and financed?

For decades Manga have obtained a strong position in Japanese culture. Today, Manga are popular among all age groups in Japan, from young schoolgirls to aging corporate executives, and span a remarkable range of subjects, including action, romance, science fiction, food and history. It has been recognised as a popular method for sharing messages to people of all ages.

We were fortunately supported by Chugai Pharmaceutical (a member of the Roche group), who backed us up in implementation of this idea, not only financially but also practically by looking for the best Manga artist (Hatoko) and a reliable publisher (Kadokawa). This way we could deliver a highly relevant and also a high-quality educational resource.

The Manga book entitled “Hitorijanaiyo (You are not alone)” was launched in June 2018 in Japan, after 11 months’ of preparation. Since then, it has been getting more and more popular.

What are your hopes for distributing this material in patient communities globally? 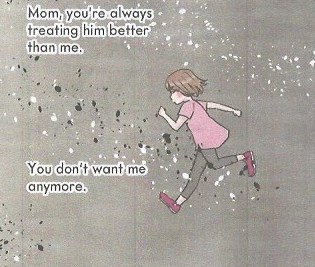 The success of this material motivated me to share the Japanese Manga with such overseas experts in haemophilia as Dr Roshni Kulkarni in Michigan, Dr Peter A Kouides in Rochester, New York, Dr Robert Sidonio Jr in Atlanta and Dr Rezan Abdul-Kadir in London. I am very grateful to them because they encouraged me to translate it into many languages and distribute it to the patient communities with the help of EHC and WFH.

Following this encouragement, our Japanese team members devoted themselves to translating the Manga into English, to begin with. In March 2019, we completed the English version and are happy to share it with the EHC and WFH. I do hope that this will gain similar popularity overseas and help us all to make more progress in the care of carriers in Japan and globally.

What are the future projects that you are working on? 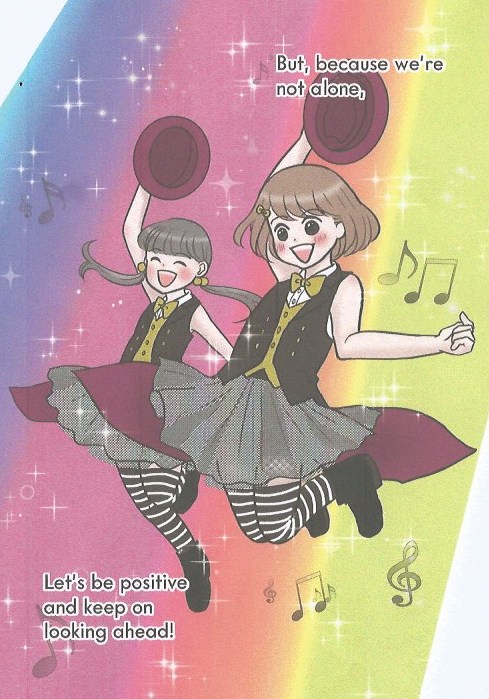 As I told you, “You are not alone” has caught on among Japanese pre-teens. Following this success, we just launched a new Manga for young adult carriers that tells a story about a carrier who is struggling for a happy and fulfilling marriage. This takes the angle of a romantic comedy. I really do hope that this material will help the young adult carriers reduce the stigma surrounding them and enjoy their diverse lives!

Our heartfelt thanks and congratulations go to Dr Nishida and his colleagues for such an excellent idea and useful material that will surely help many young girls to understand what it means to be a carrier of haemophilia! Dr Nishida and his colleagues are more than happy to share this resource to be translated and used in your local contexts! Please contact us at the EHC if you wish to do so!