It is with great sadness that we have learned about the passing of Patrick Finders-Binje, taken too soon from his family and loved ones by the COVID-19 pandemic.

Patrick was well known in our Belgian and European bleeding disorder communities. He was Secretary of the Belgian Haemophilia Society (AHVH) for four years and, since 2011, its Vice President. 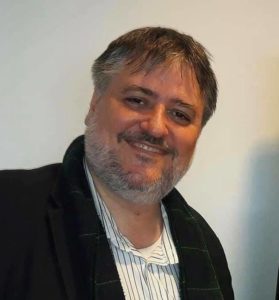 Some of the things that will be remembered about Patrick include his knowledge of computer science, which he used in 2010 to create the basis of the electronic haemophilia patient card system: Be-Coag. He was also the inspiration behind AHVH’s summer camps, which were organised in Spa under his supervision. He was very proud that through his efforts and support, children in Belgium learned to self-infuse.

Amongst his achievements, he also leaves behind the DVD ‘Alex and Sophie’ – a game for haemophilia children made in Belgium, a country well-known for its comics and based on this style. As recently as last year, Belgian patients produced a theatre play based on this game and its story.

The European Haemophilia Consortium (EHC) offer our deepest condolences to Patrick’s wife and children, his circle of loved ones, and to AHVH – our Belgian National Member Organisation – who have lost a great leader and an old friend. We stand with you in this painful time.