Politicians in the UK to appear before contaminated blood public inquiry

The Infected Blood Inquiry resumed its hearings yesterday (18 May) in London with politicians past and present called to give evidence.

The inquiry, which opened in 2018, investigates the contaminated blood scandal of the 1970s and 80s, which resulted in 4,689 people with haemophilia and other bleeding disorders in the UK being infected with HIV and/or hepatitis viruses. A total of 1,243 people were infected with the HIV virus, of whom less than 250 are still alive today.

Although the inquiry was paused during the UK’s initial lockdown last year, it has continued with virtual hearings since September 2020 and believes it is still on track to deliver its final report sometime in 2022.

When the inquiry began, first priority was given to the testimony of those infected and affected, with 120 people bravely speaking up about the scandal’s impact on their lives. For some, it was the first time they had talked publicly about their infection. Thousands more have provided written testimony.

Since then, the inquiry has heard detailed evidence from leading clinicians from that period, although many have died or are medically unfit to take part. The inquiry has the power to force witnesses to give evidence, if necessary.

Having taken a six-week break from public hearings, the inquiry resumed yesterday, 18 May, and has called all four health ministers in the UK to give evidence about the current levels of support for victims and their families. In July, senior politicians and civil servants from the 1980s and 90s are expected to give evidence in what, for many, will be a key moment in the inquiry’s investigations. Many believe that the key to unlocking how this terrible disaster happened lies at the heart of the government.

The focus on politicians comes as the UK government announced in March that it is to look at compensation schemes to find the right process before the inquiry publishes its final report. An independent reviewer will be appointed shortly to oversee this process.

For many, including The Haemophilia Society, this announcement represented a major breakthrough. No compensation has ever been paid to victims of the contaminated blood scandal and their families, with financial support from ex-gratia payments. Some of the affected – such as bereaved parents and children – do not receive any financial support. Inquiry chair, Sir Brian Langstaff, has spoken out on this issue and has condemned the “grinding hardship” that many victims and their families are forced to endure.

Clive Smith, chair of The Haemophilia Society, has attended many inquiry hearings and is closely involved with the charity’s campaigns for improved financial and psychological support for victims and their families. 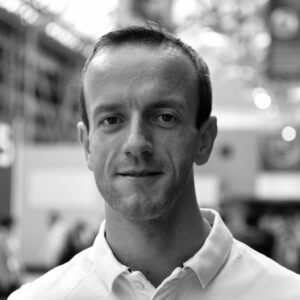 Clive Smith is the Chair of the UK Haemophilia Society

He said: “We are now moving into a very interesting phase of the inquiry with politicians past and present being called to account. I’m really pleased that current health ministers are involved as it highlights that this is not simply a historic issue – victims and their families are continuing to struggle both financially and mentally and politicians need to acknowledge their part in this suffering.”

“We do not yet know which politicians from the past will give evidence, but I’m confident that some of the key players will finally have to face very searching questions about what they knew when they knew it and why they failed to act. It is very important for our community that the inquiry gets some answers from our politicians.”

Looking ahead, the inquiry will also hear evidence from leading campaigners and past trustees and staff of The Haemophilia Society. In the Autumn, it will focus on blood services and pharmaceutical suppliers.

Sir Brian has promised to conclude inquiry evidence with more voices of those infected and affected, making clear that the victims and their families will be at the “front and centre” of his work.